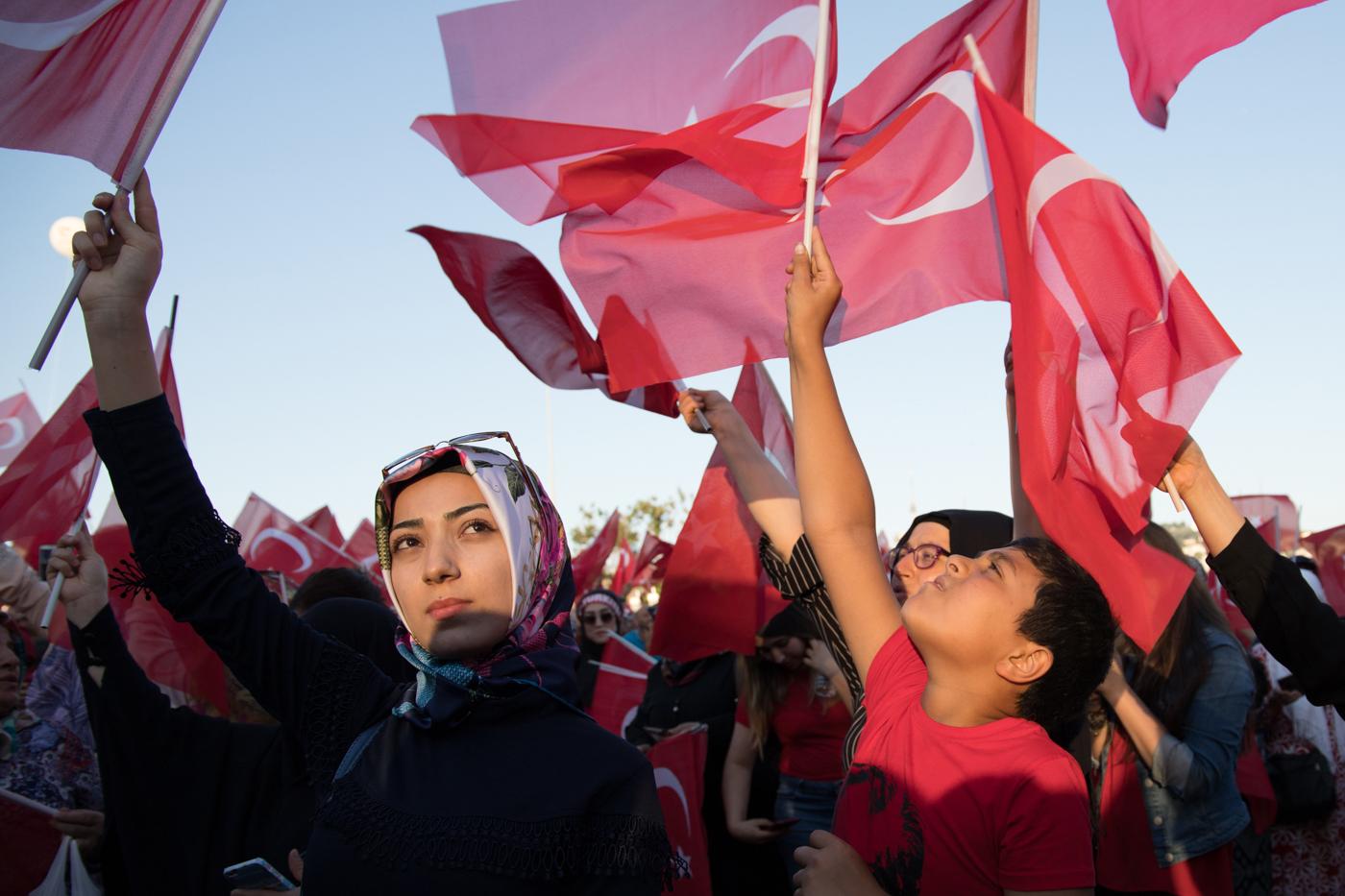 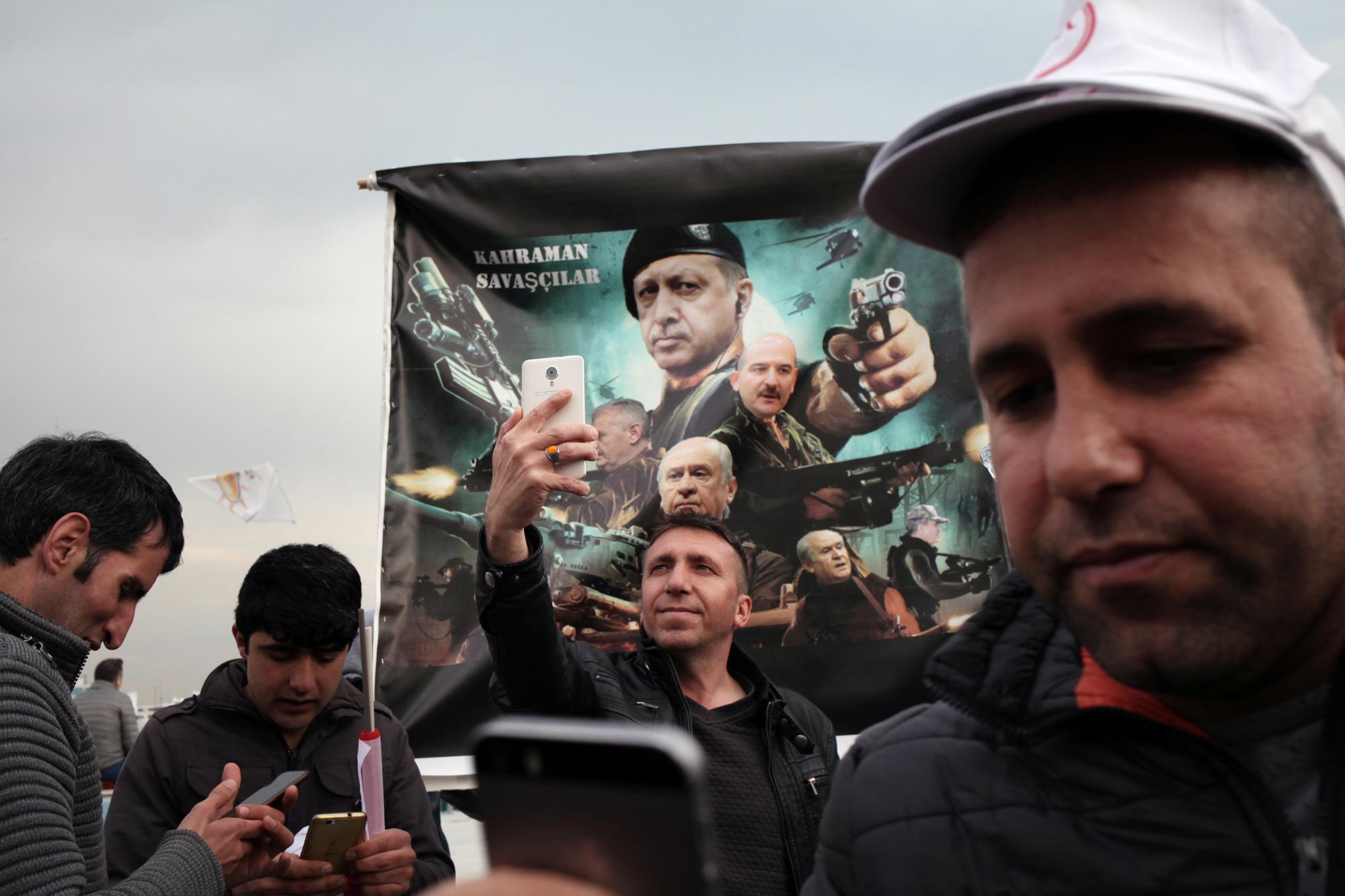 2 / 11
Rally in support of ErdoāŸan and his constitutional reform project, Istanbul, April 8, 2017. 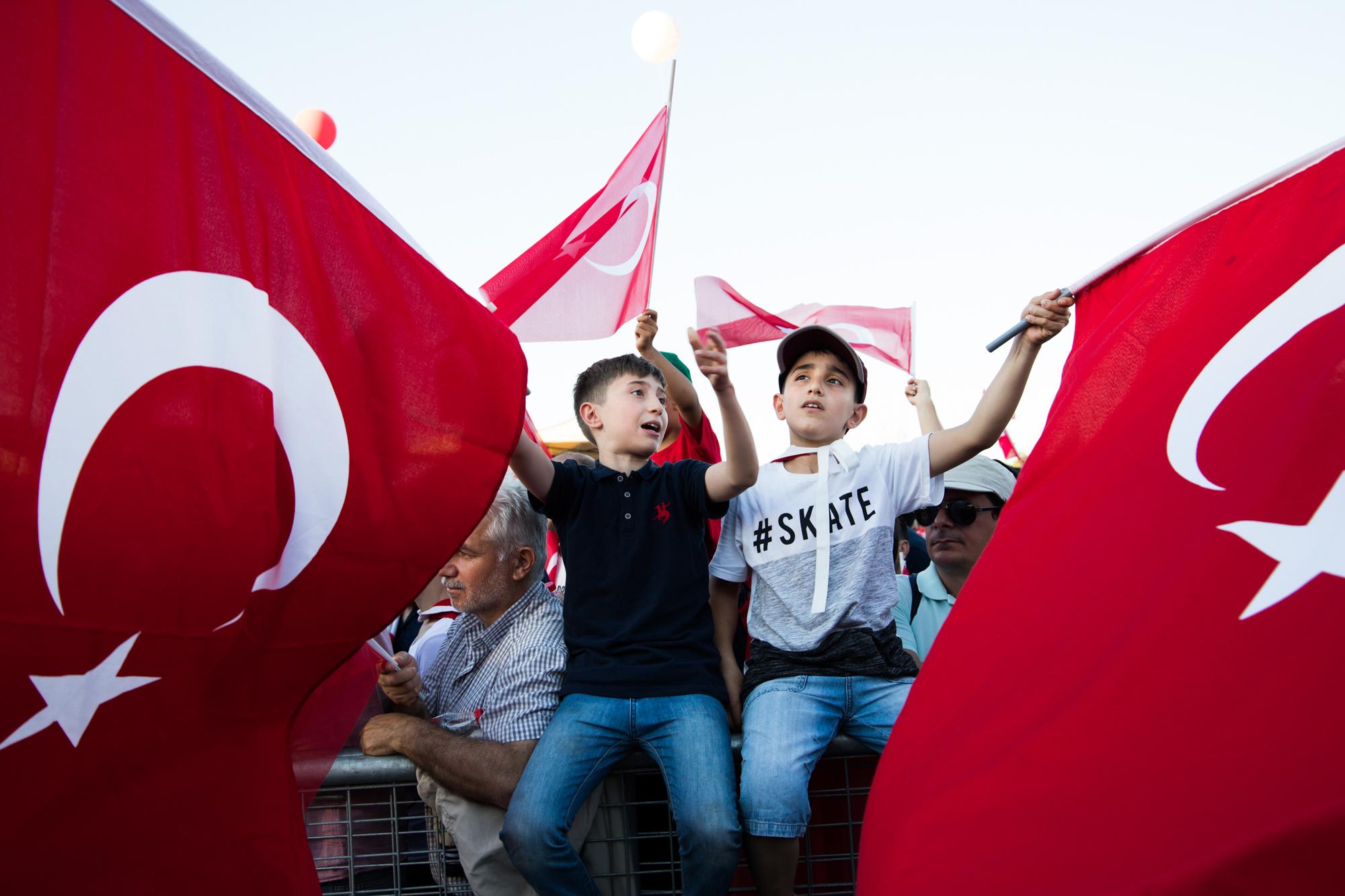 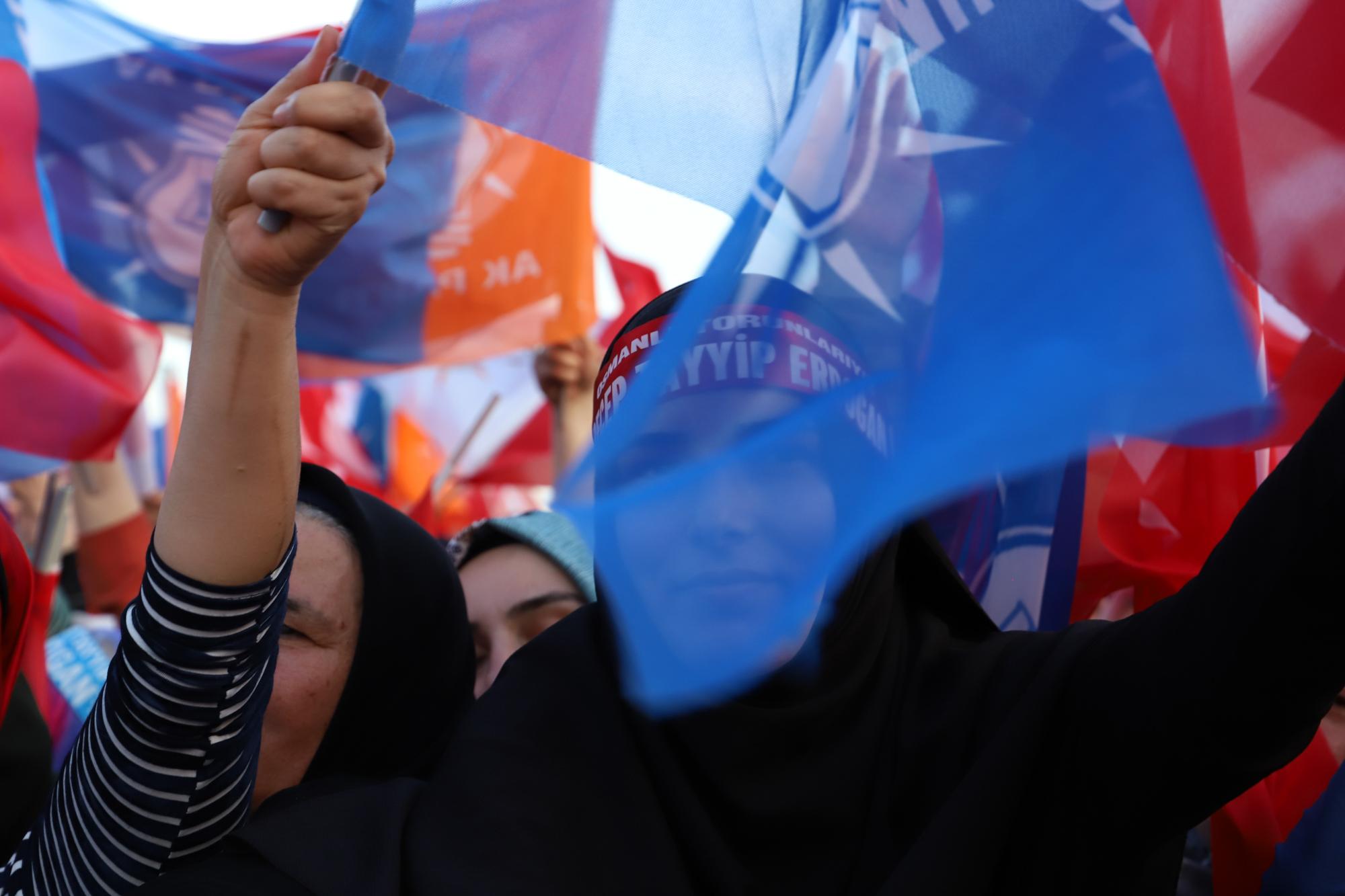 4 / 11
Thousands of supporters turned out to cheer Erdogan at a final election rally, Istanbul, June 17, 2018. 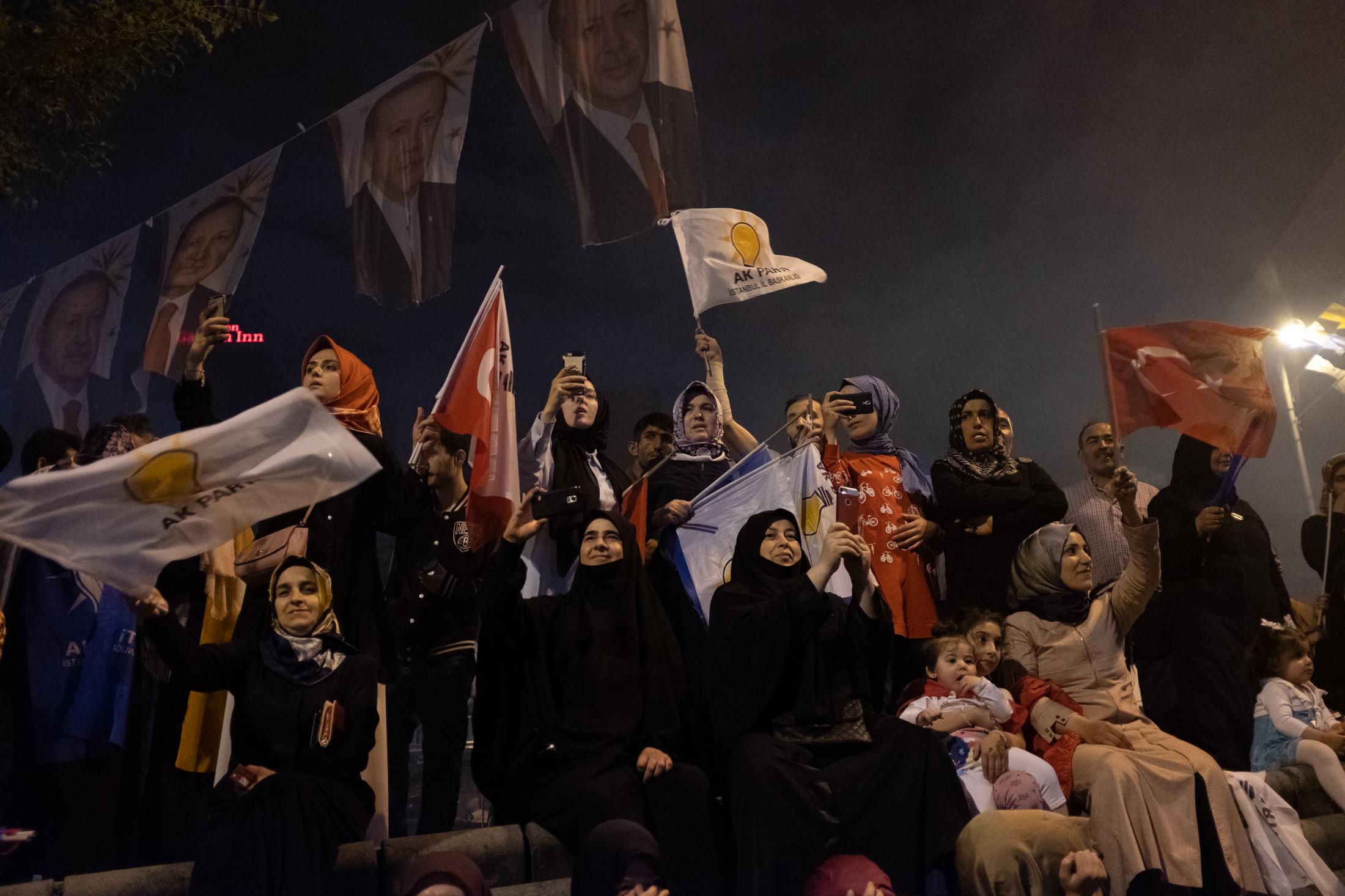 5 / 11
Celebrations during the victory of President Erdogan and the AKP in the elections, Istanbul, June 24, 2018. 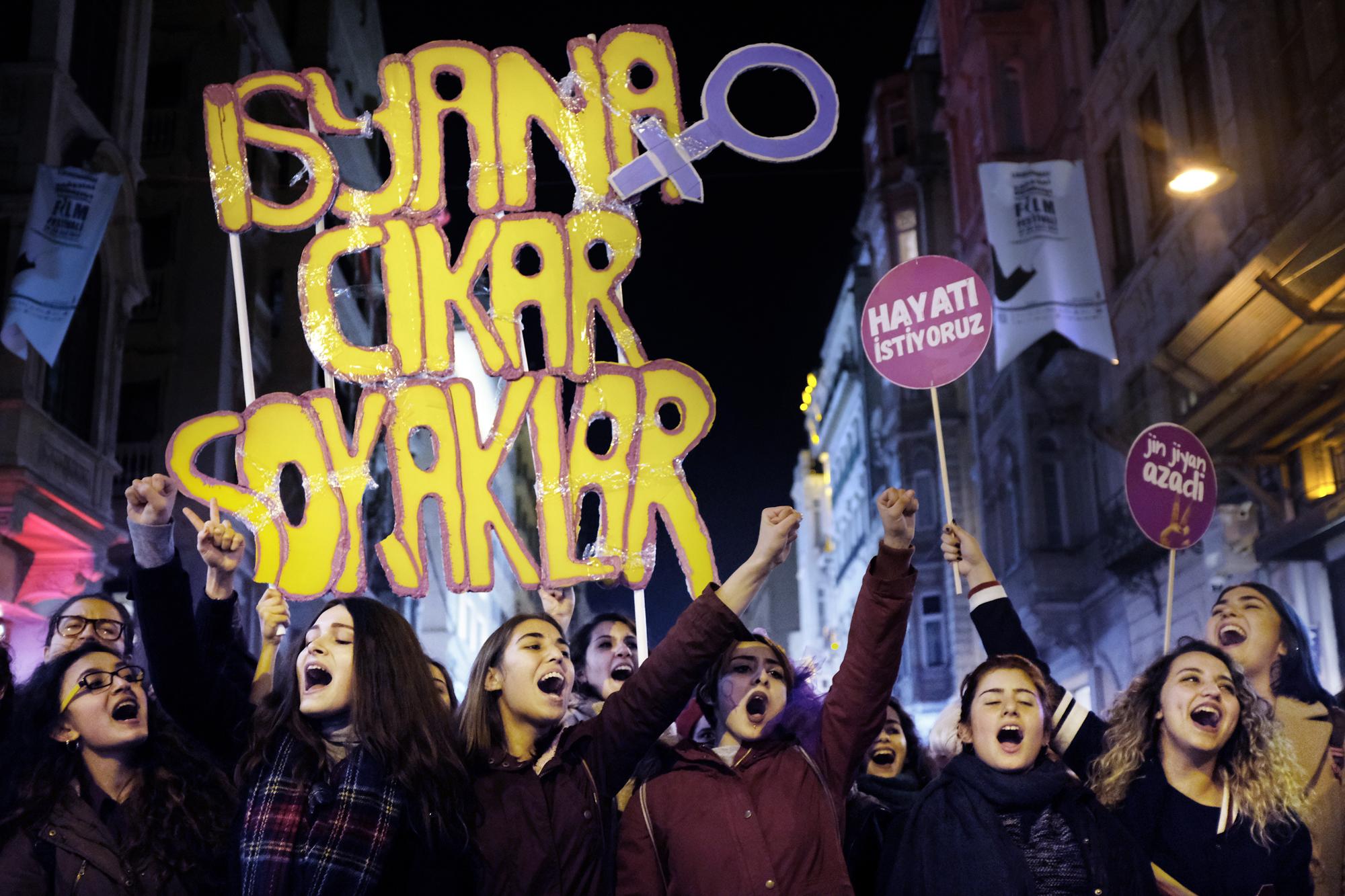 6 / 11
International Day for the Elimination of Violence against Women, Istanbul, November 25, 2017. 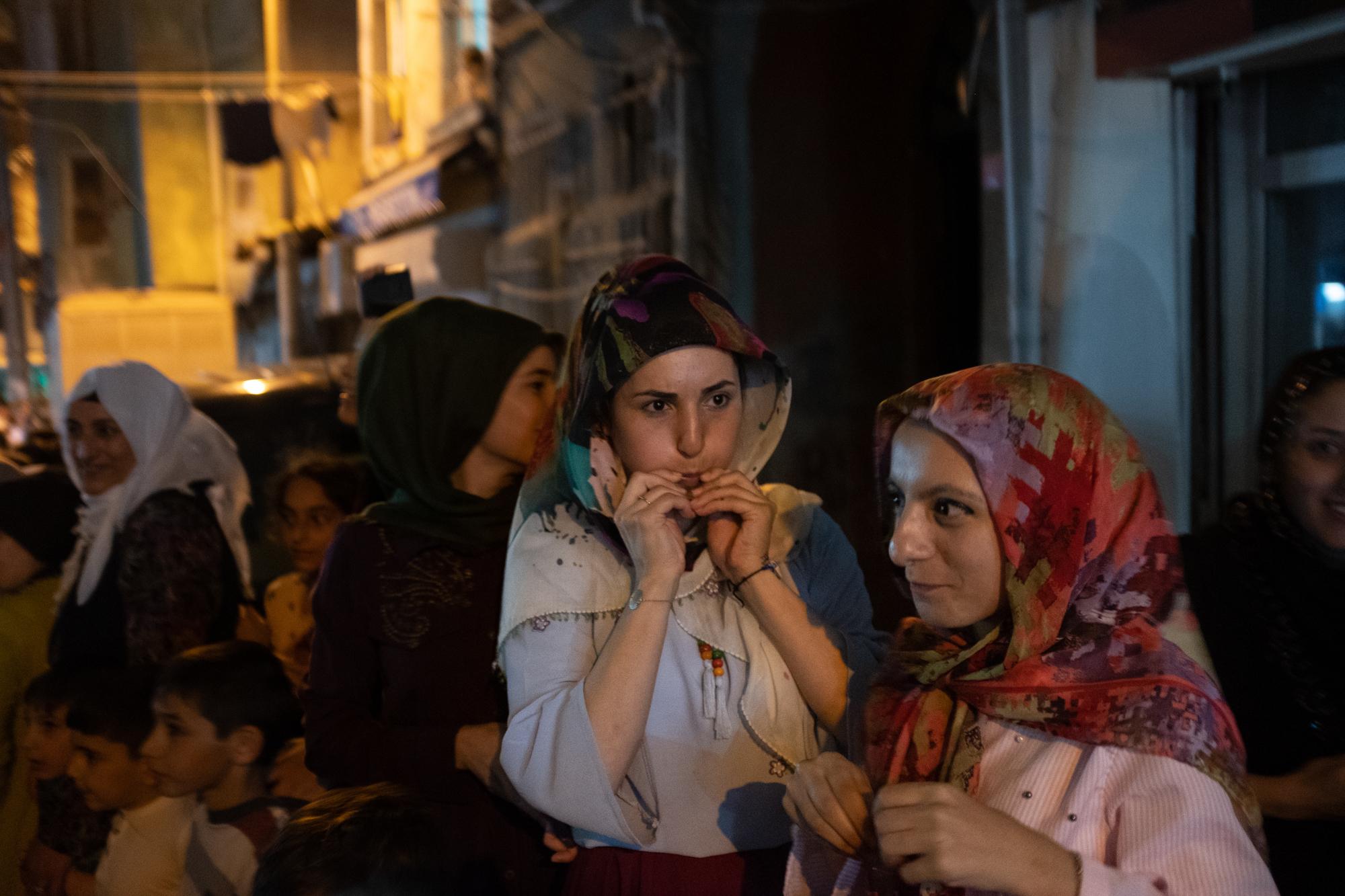 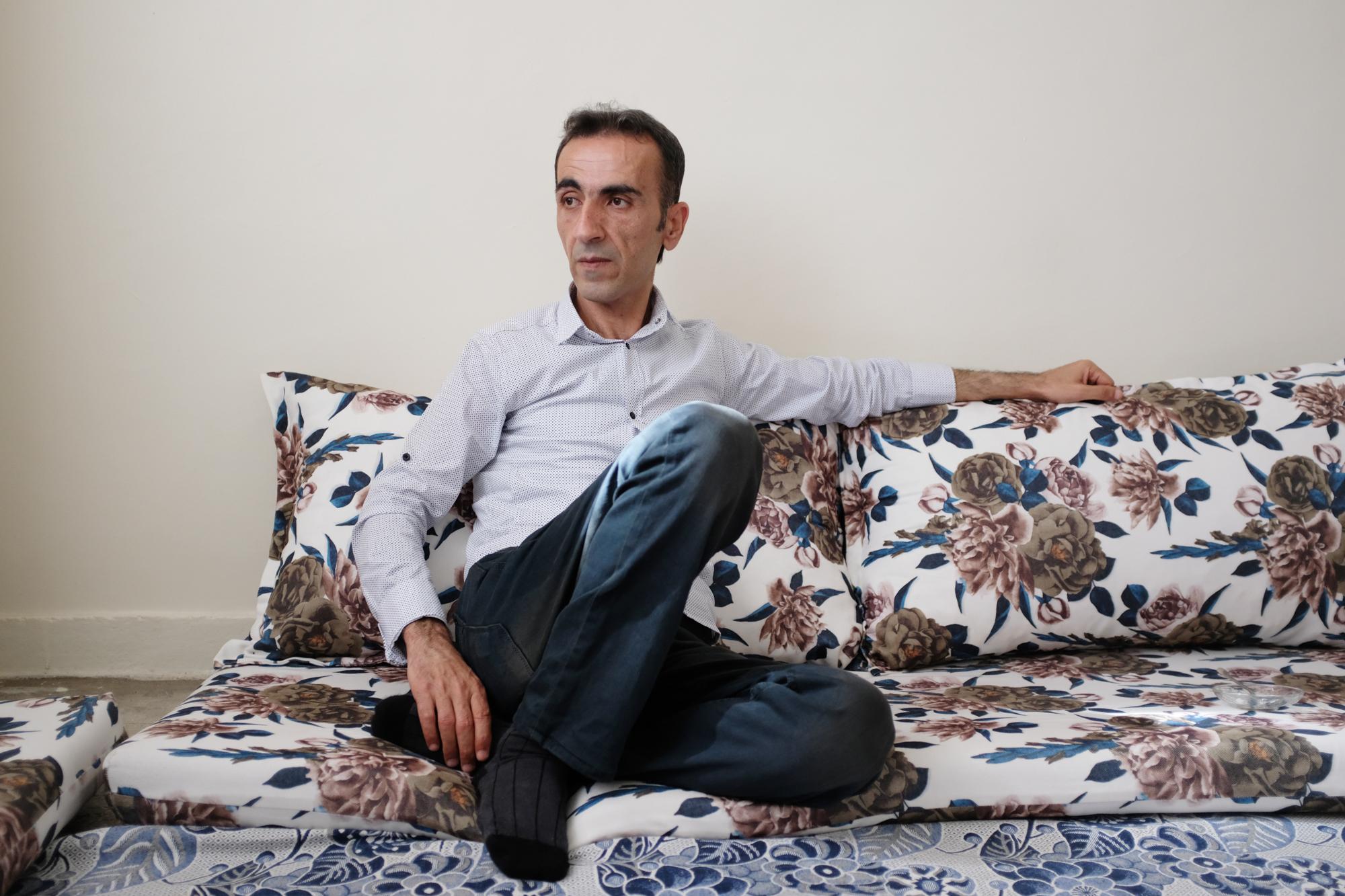 8 / 11
Being the muhtar of a ghost neighborhood in Diyarbakir, a large city in Turkey's predominantly Kurdish southeast, April 19, 2018. 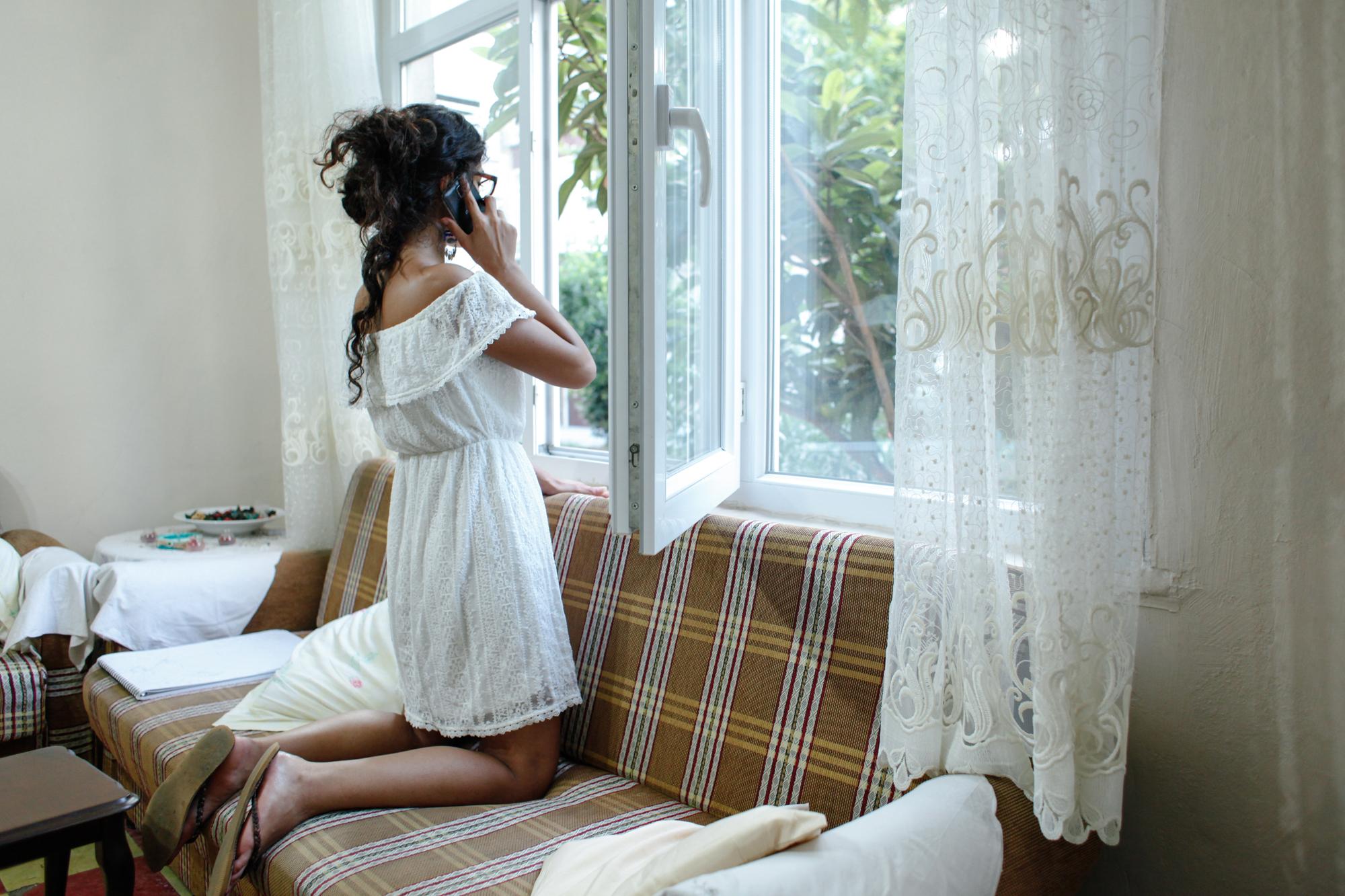 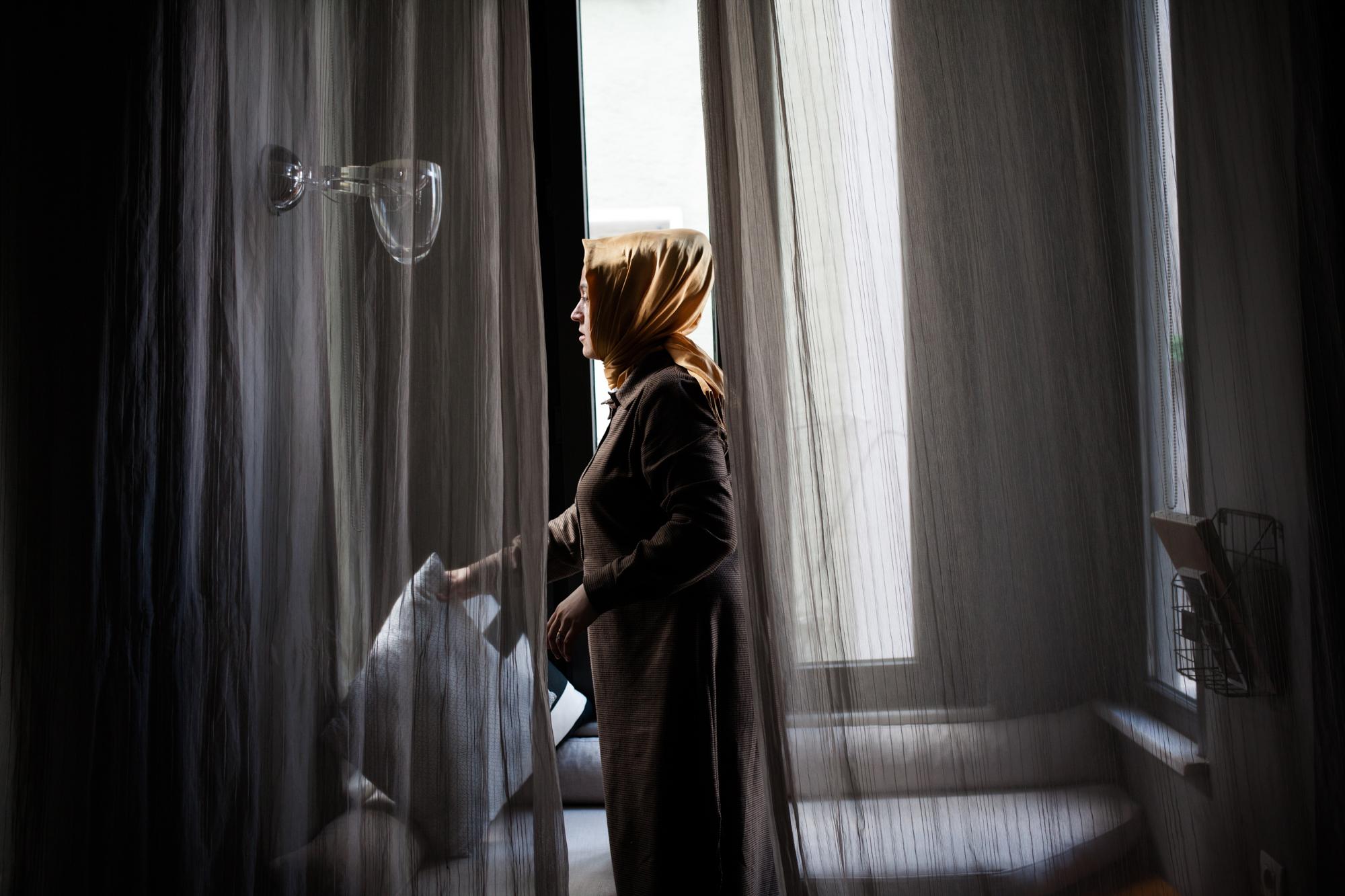 10 / 11
Nermin, a regular AKP voter is opposed to the constitutional changes desired by ErdoāŸan, Istanbul, April 5, 2017. 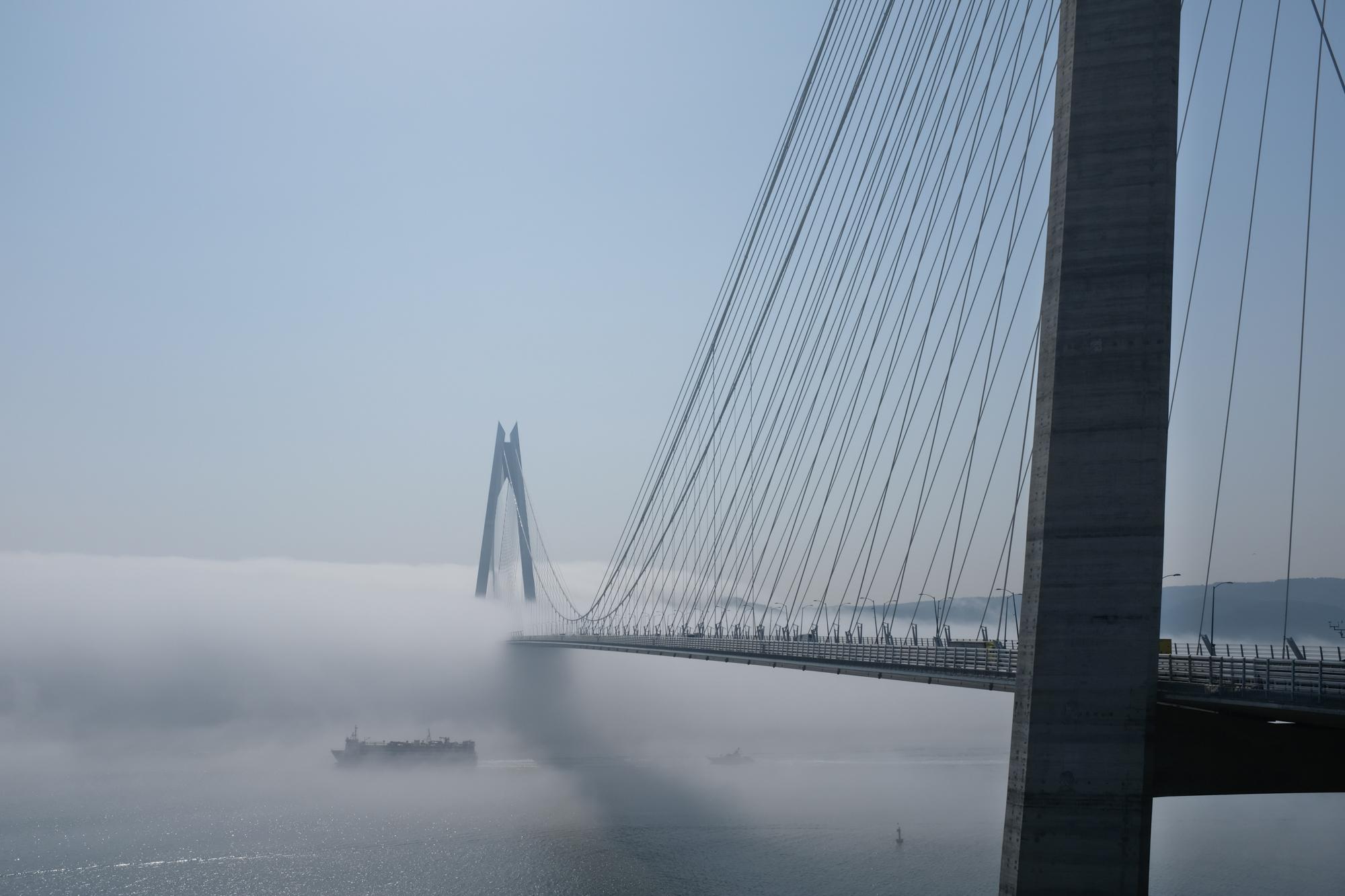 The 322-meter-high Yavuz Sultan Selim Bridge is the third Bosphorus Bridge connecting Europe to Asia in Istanbul. This bridge was built to reduce traffic congestion in the metropolis. Since the beginning, the construction (about 3 billion dollars) has been controversial; considering the bridge as useless, blaming its too high toll cost and the negative impact on the environment. The name of the bridge has also caused controversy. Sultan Selim I is known to have massacred the Alevi community. This bridge is part of Erdogan's policy of major works. As soon as he came to power in 2002, he made it a point to modernize Turkey with the construction of new roads, tunnels, bridges, mosques, subways, and a third airport in Istanbul.

In the past five years, the Turkish people have experienced six elections, an attempted coup, two years under a state of emergency, and a referendum followed by the establishment of a presidential regime. Recently re-elected for five years as head of Turkey, Recep Tayyip Erdogan now holds full power.

Turkey is a key geostrategic player in global relations. There is constant talk of its involvement in the war in Syria, the conflict in the Southeast between the PKK rebels and the Turkish army, the influx of migrants onto its soil, and the massive purges that followed the failed putsch of July 15, 2016. Turkey has become infamous for its 157th place out of 180 in the world press freedom index. Human rights are violated and economic inflation is severely rampant. Faced with the instability of its country, Turkish society is becoming increasingly polarized.

The opposition blames the Turkish president for the decline in freedoms. In the aftermath of the failed military coup attempt, Recep Tayyip Erdogan implemented the State of Emergency in Turkey, a facade to stifle dissent. A real policy of repression has followed. Intellectuals, judges, lawyers, journalists, and human rights activists are condemned and relayed as terrorists.

Some criticize an authoritarian regime in the service of one man, while others adore this charismatic and paternalistic figure. Erdogan has set himself up as the protector of a more religious and conservative part of the nation, excluded from the politics of Kemalist elites.

Fervent supporters of the AKP party, which has been in power in Turkey since 2002 and was founded by Erdogan, appreciate the Turkish president's closeness to his electorate. They believe that under the policy of this government more privileges are given to them. In particular, they welcome the investments in transportation and the improvements in the health care sector.

This photographic series is made up of fragments of shots from various news reports put together. It gives a glimpse of the impact of political and economic upheaval on Turkish society today. The cleavages that are forming and the resulting diversity of positions.

This project was supported by The Vocatio Grant.